Mike Ashley to sell Newcastle on the cheap

Posted by Sean Whetstone on April 15, 2020 in News, Whispers 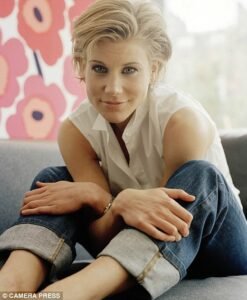 Billionaire Mike Ashley is in the later stages with Amanda Staveley’s PCP Capital Group to finally sell Newcastle United for the knockdown price of £300m A 31-page ‘registration of charge’ document has been filed with Companies House involving both Staveley’s firm and Ashley’s St James’ Holdings company.

The man behind the Newcastle takeover is believed to be Saudi Prince Mohammed bin Salman, one of the richest men in the world through his Saudi Royal family Public Investment Fund.

The Public Investment Fund would own 80% of the club in the proposed deal, with a further 10 per cent belonging to Staveley’s PCP Capital, and 10 per cent to property developers the Reuben brothers.

The latest documents show a charge registered to PCP Partners and Ashley’s St James’ Holdings, which is listed as the lender.

It appears Staveley will invest £17m of her own money with a loan of £13m from Mike Ashley for the balance to fund her 10% of the takeover.

Ashley initially put Newcastle up for sale in 2017 with a price tag of £400m but has been forced to knock £100m off the asking price to get the deal over the line.

West Ham has been valued up to £800m by Karren Brady on her own website, Forbes valued the Hammers at £491m in 2019, KPMG valued the club at £504m in their 2019 report of the most valuable European football clubs. Football finance expert Kieran Maguire from University of Liverpool Management School’s Centre for Sports Business produced a report that valued the Hammers at £291m last year before relegation woes emerged.