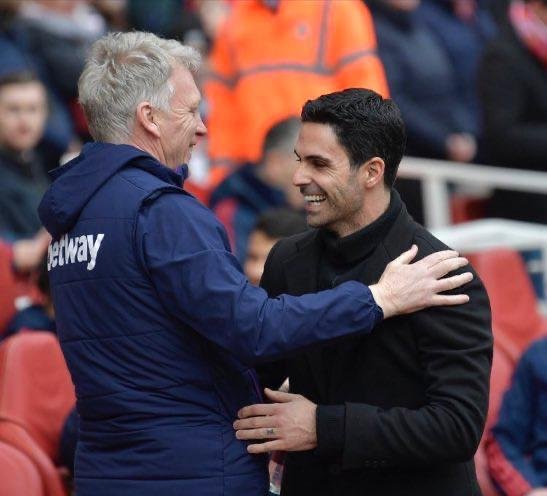 Arsenal manager Mikel Arteta has been boosted by the return of David Luiz to full training ahead of this evening’s match with West Ham although he may start on the bench.

Arteta is likely to stick with the same defence that kept a clean sheet at Craven Cottage, with Gabriel in line to earn a second start for Arsenal.

In midfield, there could be a change, however, with Dani Ceballos pushing to get the nod over Mohamed Elneny.

In attack, Nicolas Pepe is pushing to start but he will struggle to force Willian out of the team after last week’s performance.

In his pre-match press conference, Arteta said of West Ham “Always a threat, we have a good example of the game we played against them last March. It was really difficult, we managed to win the game but we had a lot of problems, so we better be ready because after defeat teams are always more dangerous.”