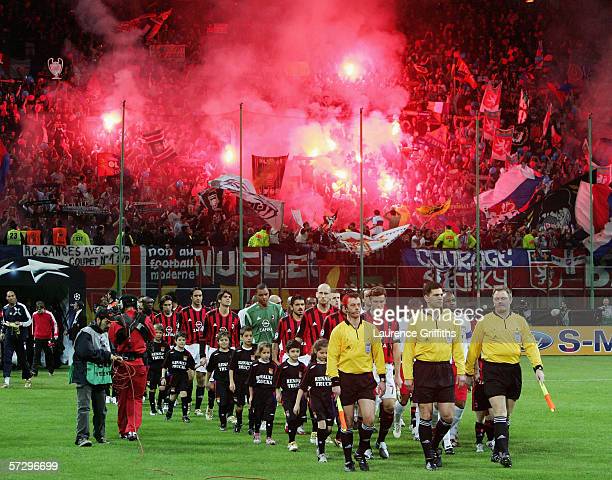 West Ham were absolutely right to send a strong message “behave yourselves ” message to fans but sadly they are in a no win situation when it comes to stewarding such situations.

Fears of violence and flares being carried in by Frankfurt fans are obviously real which is why the official site put out the statement in the first place.

It’s why the club did all it could to ensure that German fans won’t be able to get into the home end via a  ticketing operation.

But the reality is that unless the stewards, appointed and paid by the owners of the London Stadium, are brave and fearless in the search  for flares the club could be in trouble.

And Claretandhugh Facebook follower Mike Salmon sums up the problem posting: “Let’s hope the stewards actually search the Frankfurt fans properly on entry as I’m sure it will be them that bring the flares in.

Lyon fans managed to get them in at the end of the day what should we expect from young kids on minimum wage though when confronted by mobs of people.

I wouldn’t want to risk getting my head kicked in for that if I was them. In a game like Thurs which mark my words will be a power keg, the club need proper Security.”

That can’t happen until the Irons get control and own the stadium and the sooner the better.