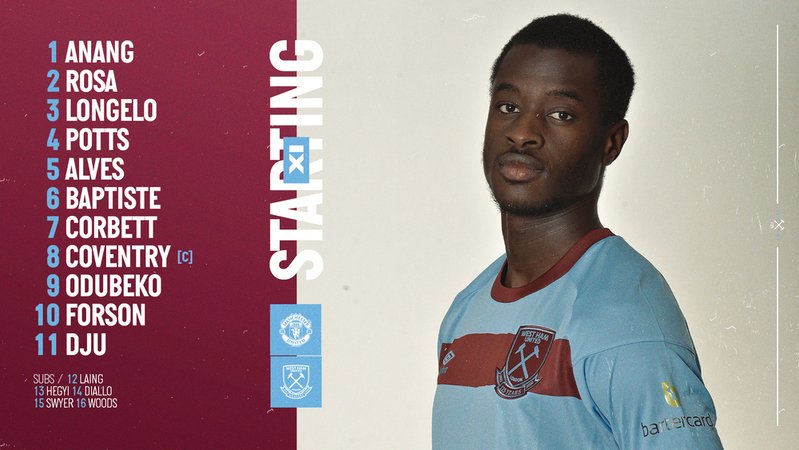 West Ham Under 23’s came from 2-0 down to Manchester United to win 3-2 in the Premier League 2 game thanks to a Mipo Odubeko hat trick.

And after weeks of being stranded at the rock bottom – and several points adrift of the teams immediately above them – it was enough to lift them into second bottom with a more than fighting chance of remaining in Premier League 2 Division 2.

They have now remained unbeaten in their last four games with two draws and two victories.

After a goalless first half, the Red Devils out fighting in the second scored two goals in the first ten minutes.

The Hammers fightback came just four minutes after Manchester United’s second goal when Longelo wins the ball high, Odubeko shapes to pass but – from about 25 yards – instead laces it low, right the way across Bishop’s dive and in via the inside of the post.

The equaliser came on 72 minutes when skipper Conor Coventry steps popped it over the top for Odubeko, who is running away from goal as he takes it on his chest, he turns, goes inside his man and, from the corner of the penalty box, curls an arcing finish right into the top corner!

The winner came late in added time when Mipo turned inside the area, fires a shot with his low foot… it gets deflected but creeps into the bottom corner to make it 3-2 which lifts them off the bottom of the table.