Mipo Odubeko has won the Premier League 2 Player of the Month award, the Hammers have confirmed on their official website.

Odubeko has been in brilliant form for the Irons and was particularly excellent in April. 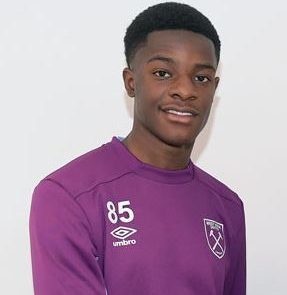 He scored all five of the club’s goals as they beat both Manchester United and Everton. The first game saw the club come from 2-0 down to win 3-2, with Mipo scoring a hat-trick, while he also netted a brace in the 2-1 win over the Toffees.

His goals mean that the club will be playing in the U23s’ Division 1 next term, and he seems primed for a first-team breakthrough in east London in the coming seasons.

Odubeko has scored 10 goals in nine outings in the Premier League 2 thus far this term and has already played twice for the senior side.

Those appearances both came in this season’s FA Cup, playing a single minute versus Stockport County and then playing 58 minutes in the fifth round against former club Man United.

← Agent Allardyce told Hammers need him
What is the Europa Conference League? →
Click Here for Comments >