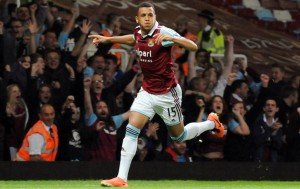 Ravel Morrison got the  Queens Park Rangers promotion push back on track today – and did no harm to his own value!

His two goals at Birmingham gave former Hammers boss Harry Redknapp his first win in six attempts and saw them move to within six points of second-placed Burnley.

Morrison, who had a loan spell at Birmingham last season, curled in an early free-kick for his first Rangers goal.

He then had an easy finish from a Jermaine Jenas cross with 18 minutes left at St Andrew’s.

Controversial Rangers midfielder Joe Barton later tweeted: “My job is to help him be the best he can be. I believe in him.”

We’ll leave you to make up your own minds as to whether that’s the best news in the world for Rav today!