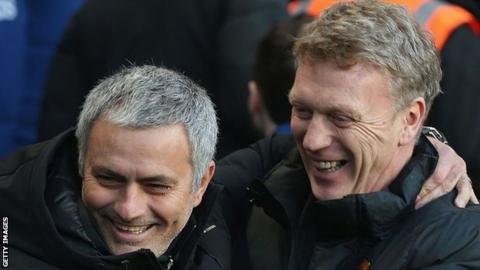 David Moyes and Jose Mourinho have swapped delivering team talks for delivering vegetables to help those in need during the lockdown.

As we reported yesterday Moyes became a volunteer delivery driver and now Mourinho has revealed he is helping to grow food at the club’s training ground before it is distributed to those in the local area.

“We fight this pandemic together,” said the Spurs boss.

With football suspended indefinitely, Spurs have converted their Tottenham Hotspur Stadium for use by the NHS and as a food distribution centre.

Fresh fruit and vegetables grown at the Premier League side’s training ground, which would usually be eaten by the players, is now being donated to the local community.

Mourinho has volunteered to work at the club’s Enfield training base before transporting the food to the stadium ready for distribution.

In a video message on social media, the 57-year-old Portuguese said: “I hope everyone is keeping well and of course I’d like to thank all our frontline heroes for the incredible work they are doing to keep us safe at this time.”

Meanwhile, Moyes had left London for his family home in Lancashire when he spotted the opportunity to help.

“When the coronavirus first hit here, I was in a fruit and veg shop in the village,” the Scot, 56, told Talksport. “There was a thing up in the window that drivers were needed.

“So I volunteered, as my wife was away at the time and I was on my own.

“All I was doing was ­dropping it at the door, knocking and then going away. It was beautiful big boxes of fruit and veg.

“I was really enjoying it. Going back to the shop to get ­another lot and then filling the car up.”

ClaretandHgh says: There have been several upsides to the current situation with folk becoming far more helpful, supportive and caring. Football managers are often seen as marvelous, morons or magicians but there are some great human interest stories appearing. That Mourinho and Moyes should be doing their bit on a regular basis is great and we applaud them both – hard though that may have been in the past as far as the Spurs boss is concerned. This situation has given us all an incredible reality check and will become an unforgettable life event. I am not among those who believe it will be quickly forgotten and as an eternal optimist I really hope it will change the way we Sview life and other people for a long time. Well done to the Hammers and spurs bosses and all others who are doing their bit in helping those in need.