Moyes cautious reputation to be tested 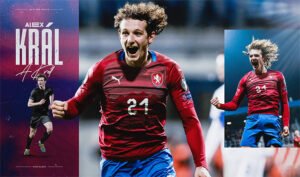 And so it begins.

A first stage in the huge debate about whether the Hammers squad is strong enough to cope with maintenance of our Premier League campaign and Europe.

Dinamo Zagreb is about as tough as it gets at this early stage  and Thursday night’s game is bound to create a huge challenge  for a squad which looked leg weary against Southampton.

Throw in the number of games our top players have faced over recent games and the amount of travel involved and there are bound to be worries.

Despite that we remain unbeaten against since the summer pre=season games  and such is the spirit in the squad that I’m fully expecting another decent result in Croatia,

Dinamo have three top players back after lay-offs of a month of more and have been beaten only once this season but an early defeat in this competition is not something I’m expecting.

However, I do not expect to see the type of attacking game we have been watching recently and would not  be surprised to see two defensive midfielders appear with maybe Tomas rested ahead of Manchester United.

He hasn’t been quite at his attacking best so far and Alex Kral may be a better option. However, Moyes may well take to opposite view given the Croatan outfit have scored just 13 goas in seven games so far this term,

His reputation for a cautious approach to such games is going to be tested for sure.