Posted by Dave Langton on April 5, 2021 in News, Whispers

David Moyes has confirmed that Michail Antonio sustained a hamstring injury against Wolves.

The Irons won 3-2 thanks to a Jesse Lingard masterclass, as he scored one, assisted one, and played a key role in the other. 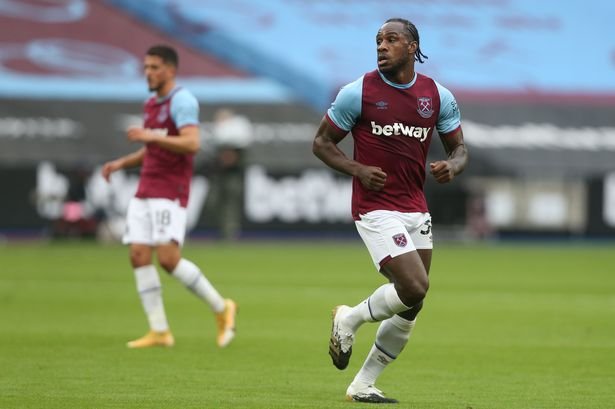 Antonio twice tested the goalkeeper in the first half but he departed after 33 minutes, though he did manage to walk down the tunnel.

Antonio felt his hamstring go, Moyes has confirmed, and the club will check it out later this week, per BBC Sport.

He said: “Michail Antonio played as well as he has for a long while for 30 minutes. We’re not sure on the injury. We will assess it tomorrow. It looks like he’s felt his hamstring.”

The Irons are still reeling from the injury blow sustained by Declan Rice, with the England ace out for between 4-6 weeks at best with a knee injury sustained while playing for England against Poland in a World Cup qualifier earlier this week.

The Hammers will be crossing all possible fingers that Antonio’s injury is not as bad as it could be, with there simply nobody available to replace him as an out-and-out striker.

The Irons are next in action this weekend against Leicester – let’s hope Mikey is available!