Posted by Dave Langton on November 6, 2022 in News, Whispers

David Moyes has claimed Wilfried Zaha could play for any top team as West Ham prepare to take on Crystal Palace on Sunday.

The Hammers go into the game well aware the Ivory Coast international is Palace’s top star, and he has been enjoying an exceptional season. 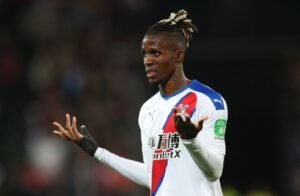 Zaha has already scored five goals in 11 games for Palace this season and will be aiming to add to that tally when the Irons welcome Palace to the London Stadium.

The 29-year-old and Moyes go back a fair way, with the Irons boss managing Zaha during his time at Manchester United.

Zaha was eventually loaned back to Palace, after being signed from Selhurst Park, and later made that deal permanent.

And Moyes thinks the winger has the talent required to make it at any top-six club were he to move on from Palace once again.

Speaking ahead of the game, as per Football.London, Moyes said: “Wilf looks as though he has matured greatly and he could play for a number of top teams, if he chose to do so.

“Sometimes, when you feel like you’re at home and you are enjoying your surroundings… he is a big player for them and a key ingredient to Palace. From that point of view, the grass isn’t always greener. I have no doubt Wilf could play for many other teams if he chose to do so.”