David Moyes says that the Hammers are being driven on by both Vlad Coufal and Tomas Soucek.

The Hammers have been excellent in the transfer 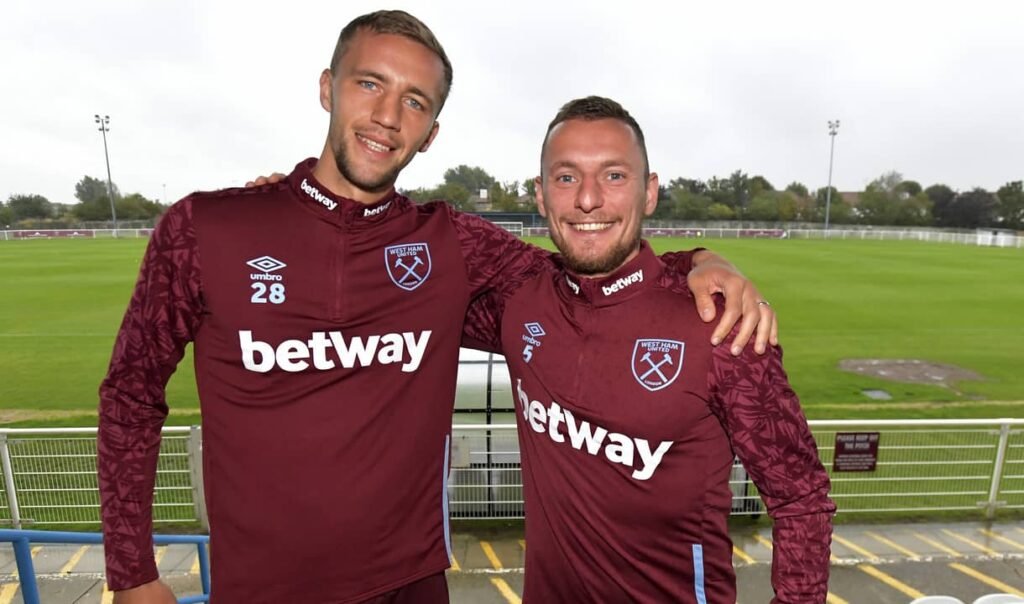 window in recent years and the two Czech Republic internationals have been exceptional since arriving at the London Stadium.

Moyes says that the mentality of new signings is much improved compared to the midpoint of the decade, with the Irons bringing in the likes of Jarrod Bowen, Kurt Zouma and, previously, Jesse Lingard on loan.

There have been more hits than misses in the last few seasons under Moyes’ management and he has now claimed in an interview with The Athletic, which was conducted by Premier League legend Alan Shearer, that both Soucek and Coufal have been setting standards behind the scenes.

Indeed, he claims that the club actually had to lock the gates to the training ground to stop the pair training throughout the night.

The Irons boss said: “I think there’s a much better mentality around West Ham now.

“And I’ve got to say it’s been driven on by the two Czech boys (Soucek and Coufal), who have been sensational for that. Honestly, we had to lock the gates to keep them out the place at night.

“That meant that even the boys who think they’re good pros had to step up again. They were even leading the recovery sessions, jogging maybe half a dozen laps and taking a ball with them.

That was their mentality. And we’ve demanded that Declan (Rice) takes the standard up, trying to get the standard of training up every day.

If you’re training with Harry Maguire and Harry Kane and the top players (with England), you have to see those levels and bring it back to our place and show us all what standards they need to reach.”

← Moyes: I know what Declan needs for him to stay
Moyes makes big Everton confession →
Click Here for Comments >