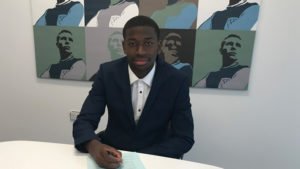 Aji Alese’s departure from the club caused raised eyebrows among many fans who had believed the academy product had a real future at the club.

But with Nayef Aguerd arriving and with three others available the boss decided to give the player an opportunity of moving his career onwards at Sunderland.

And the manager has now made it clear that he believes it was the correct move for a player who wanted to move on to regular first team football.

The manager told reporters: “We felt it was right he wanted to go. It was a good move. As couple of teams came in for him.

It was good for the boy he has been a really good boy. He has worked well and we like him a lot. We thought to give him an opportunity was the best thing as we didn’t see a chance for him to heavily feature in the first team.