In what will be a bitter pill for David Moyes to swallow, it’s being reported that Wolves are now in pole position to sign Hammers transfer target Aaron Wan-Bissaka from Manchester United in January.

Several sources suggest that Man United are ‘inclined to accept’ a loan offer from Wolves for the 25-year-old right-back.

That’s a huge blow for the Irons, with Moyesie thought to be very keen to bring the former Palace player to the London Stadium this month.

Signing a new right-back is one of the main priorities for the West Ham manager in the January transfer window.

Vladimir Coufal and Ben Johnson have not performed as Moyes would have wished, and Wan-Bissaka would be an upgrade on both of those players. 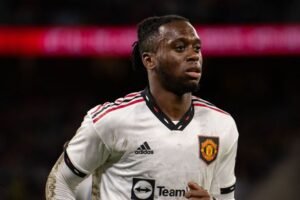 It seems as though Moyes may well have his work cut-out though. The Black Country club are out in front of the Hammers in the race to acquire the Man United players signature.