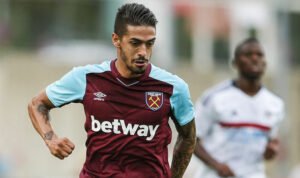 David Moyes will face a familiar issue when he selects the team for the game against Newcastle on Saturday – Lanzini or Benrahma?

Neither has been able to make a definitive so it remains  an issue that hasn’t been settled satisfactorily for several games despite a relatively decent return to form by the  Argentinian.

He of course got the starting shout in the match at Leicester last weekend but Benny made a difference when he appeared in the second half and we were chasing the game. 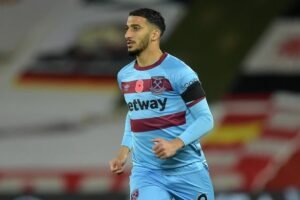 There is also a second issue facing the boss  with the loss of form of Vladi Coufal who was subbed after being run inside out and backwards at times by City’s Harvey Barnes.

Ryan Fredericks may get the gig after negating the threat when he appeared although Ben Johnson could come into the reckoning despite him not making a Premier League appearance since the defeat by Crystal Palace back in early January.