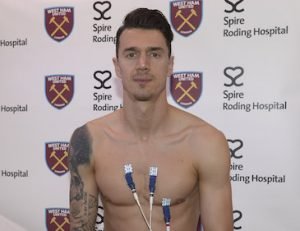 Davie Proven writing for the Scotish tabloid said  “A couple of weeks ago I mentioned David Moyes arranging a reserve game to get an injured player match-fit. The game was at Dagenham and Redbridge and to Moysey’s frustration Jose Fonte didn’t fancy pulling on his boots at the National League club’s ground.

Now, Fonte is signing for Dalian Yifang in the Chinese Super League. He couldn’t cross London for a reserve game but is answering the call of the cash register five thousand miles away. Don’t you love the modern-day player?”

The Hammers received around £4.8m from Chinese Super League side Dalian Yifang losing around £3.5m on their initial outlay for the 34-year-old defender.  Fonte joined West Ham from Southampton in January 2017 for a transfer fee of £8.3m under Slaven Bilic with a contract running until June 2019. Around £3.5m per year has been saved off the wage bill from Fonte’s departure.

6 comments on “Moyes gets player snub”