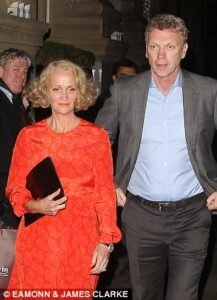 David Moyes has stayed in the UK to focus on transfers and planning for his first pre-season training at West Ham.

While many of the first team squad holiday in Italy, Malta and Greece Claret and Hugh understands the manager has remained in the U.K.

Relocating to the family home in Lancashire with wife Pamela the manager has continued to work on preparations for the 2020/2021 Premier League season which starts on 12th September.

The 57-year-old is due to return to his Stratford hotel before players return for training on Monday 17th August after a three week contracted break.

With the pandemic restrictions, the Hammers are unlikley to have their normal Europe summer camp and pre-season friendlies against foreign clubs also appear to be off the agenda this year.

Moyes will release will soon release details of pre-season friendlies in England as the Hammers get ready to go again in just over four weeks time.

← Moyes wants to challenge for Europe again
Rice: “He REALLY is not for sale” →
Click Here for Comments >