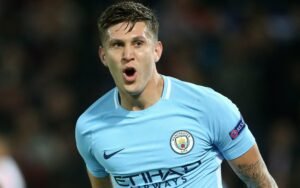 Dubbing their story an “exclusive,” the tabloid reckons the arrival of Bournemouh defender Nathan Ake at the Etihad, means the near £50 million signing from Everton whilst Moyes was in charge is likely to be on his way to the London Stadium.

Given that the manager was yesterday  linked with free signing central defensive free agent Malang Sarr by two reliable sources and that his most wanted player is Eberechi Eza at a possible £20 million, this one seems a serious shot in the dark based solely on the fact that the two were together at Everton.

The Hammers – as reported earlier here – are raising cash to try landing Eze and given that they have had to find £16 million to complete the Soucek deal we can probably comfortably ignore this one for the time being at least unless we were to raise unexpectedly high prices for some of our hopefully outward bound players.