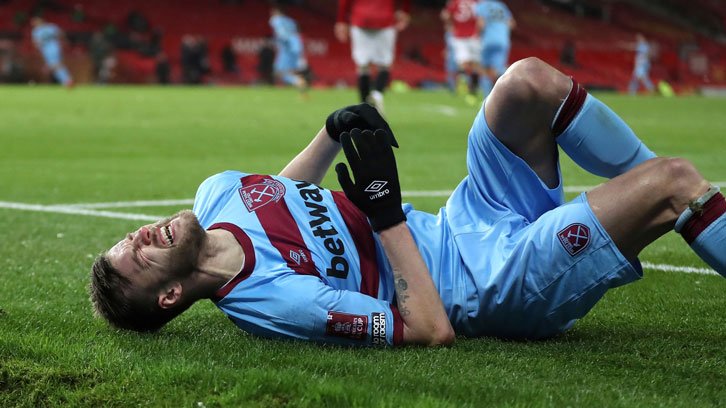 David Moyes says his medical team is still assessing his squad saying he is getting them back in drips and drabs from International duty.

But he has warned there are  a few knocks and bruises but that the Hammers will be in a similar position to where there were before the break.

Arthur Masuaku is back training with the first-team squad but there is a question over his match fitness and he will face a fitness test.

Yarmolenko is still not fit despite playing 75 minutes for the Under 23’s before the break and had now been to see a medical specialist.

Angelo Ogbonna is making good progress but will not be ready for Monday game’s against Wolves the manager confirmed during his Good Friday lunchtime virtual pre-match press conference.

Moyes didn’t mention Pablo Fornals or Darren Randolph but added we have a few players who are getting closer to full fitness as well.