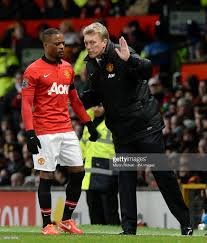 David Moyes is convinced that Patrice Evra is the right man for the Hammers and one he can rely on after the behaviour he showed towards him following his Old Trafford sacking.

The French left back showed Moysie total commitment and contacted him telling him how sorry he was to see him go.

And that may well have influenced the 54 year old Hammers manager’s decision to bring him into the London Stadium as an out of contract player.

The Sunday Mirror reports that Moyes felt  Evra gave him his full commitment throughout his ill-fated 10-month spell in charge at Old Trafford.

A source said: “When David left United, he was contacted by a few of the players. One of those was Patrice, who made it clear that he was sad to see him go and that maybe a few of the senior players at United had let the manager down.

“David appreciated Patrice’s words – and they parted on good terms. When Evra became available, David knew that he was signing a player he could rely on.”

← Gold speaks to fans outside London Stadium
Chicharito: Leading The Line at The LS →
Click Here for Comments >

2 comments on “Moyes grateful to Evra”