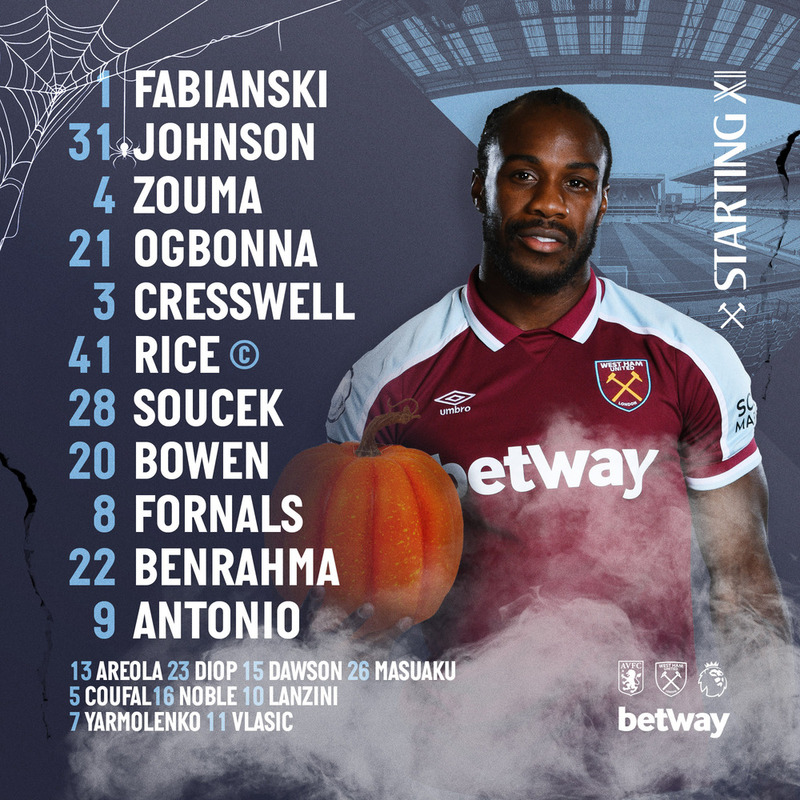 David Moyes has demonstrated his growing belief in young Ben Johnson by naming him as right back for the dame at Villa Park today (Sunday).

It’s fair to say that he has been the surprise packet of the season and with Vladi possibly not 100 per cent match fit it’s another big chance for the younger payer to show his prowess.

Elsewhere the team is as expected with the regular Premier League outfit all taking their places in the stating eleven.

Coufal is on the bench along with Nikola Vlasic who probably had his best game for the team in the shock  penalty shoot out victory over Manchester City on Wednesday evening.