Moyes has a near full pack to shuffle 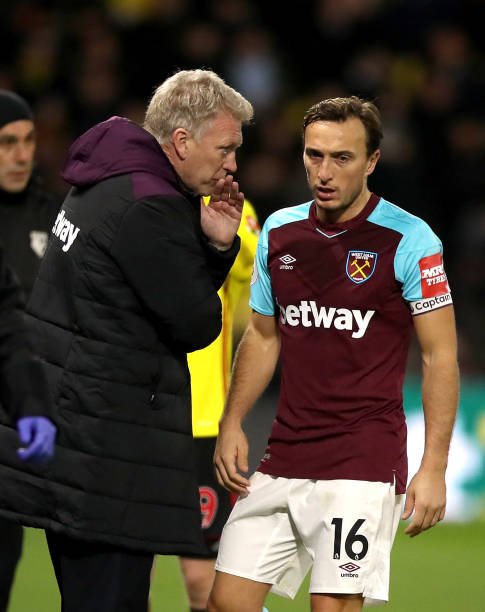 David Moyes has a fully fit squad with the exception of Andriy Yarmolenko and David Martin from which to select his first Hammers team since returning to the club against Bournemouth tomorrow (Sat).

The pair are unavailable but with Lukasz Fabianski back there are no worries over the goalkeeping position and we understand the Ukranian international is around two weeks away from fitness.

Moyes has to decide whether he is going to play a back three against the Cherries although he may consider it too early after only having been on the training ground to make such a dramatic change of formation.

However, that seems to be an inevitability at some stage which will almost certainly see Ryan Fredericks and Arthur Masuaku as his wing backs.

The manager is also believed to be a fan of Manu Lanzini who could well find himself in tomorrow’s starting line  which could look like this:

Should he go three at the back expect to see Masuaku in for Cresswell as it was Moyes who recognised he was not a defender and far more effective as a left sided midfielder.

23 comments on “Moyes has a near full pack to shuffle”