Moyes has no interest in controversial free agent striker 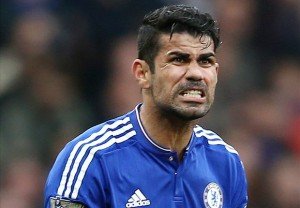 Former Chelsea front man Diego Costa’s name springs off the page when taking a look at the out of contract free agents who could be available to West Ham following the closure of the transfer window,

But the Irons will not be signing the Spaniard who has been without a club since last month following his departure from Atlético Mineiro after agreeing a six month deal with the club.

The 32 year old had managed four goals in 15 games for the club after joining them from Athletico Madrid when he found the net 12 times in 61 games over the previous two seasons.

However, CandH has dioscovered that David Moyes has no interest in the striker whose reputation tends to precede him having been at the centre of several controversies.

He has received a number of  multiple violent conduct charges from The Football Association whilst French newspaper L’Equipe named him as the most hated footballer in December 2015, based on his provocative behaviour.