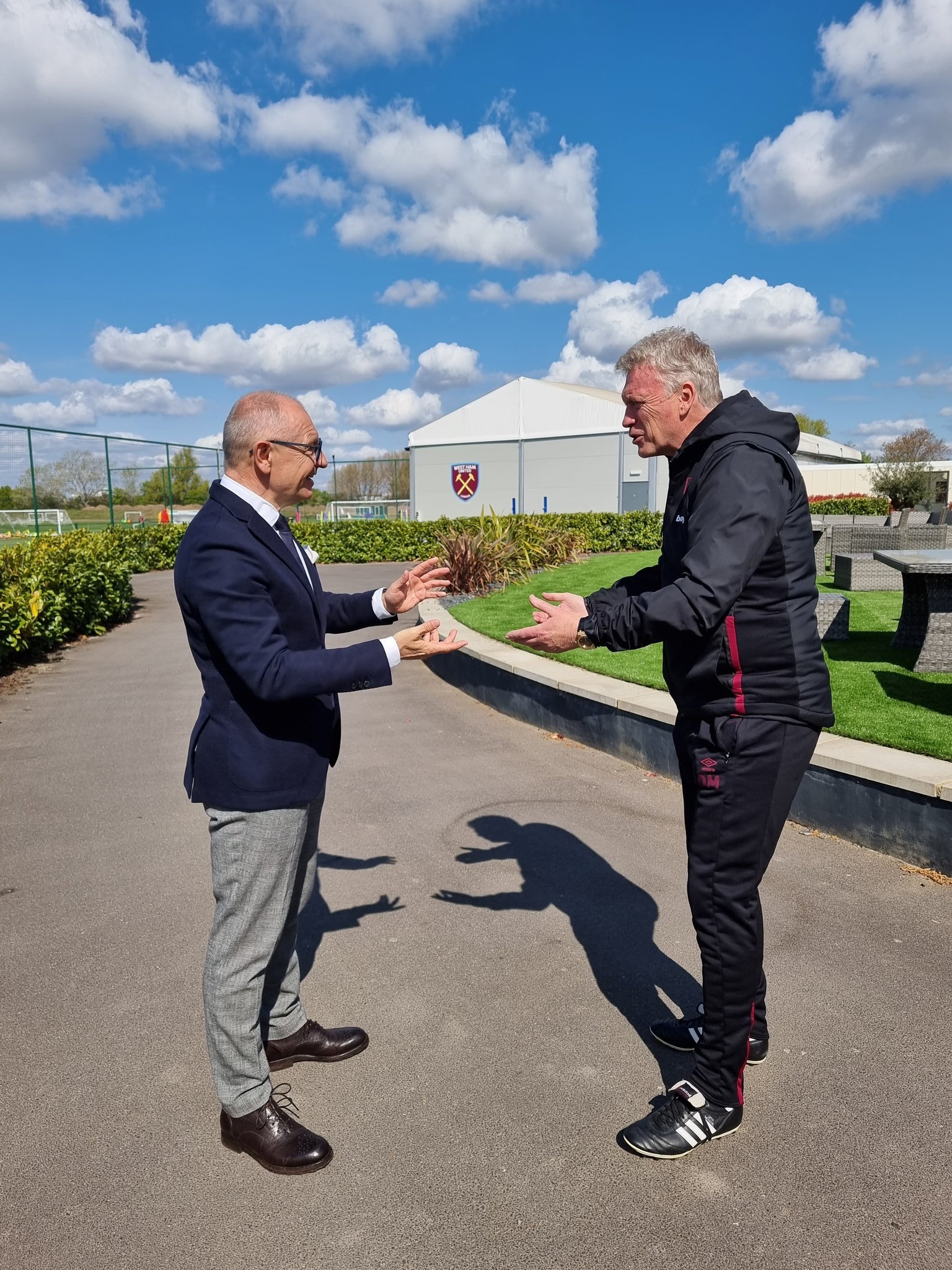 Posting on Twitter Secka said “My today’s morning in Rush Green. Great discussion with (the) absolutely amazing David Moyes. Giving some coaching tips to London’s Manager of the Year”

Secka said he was interviewing the Czech Player of the year as part of “Road to UEFA EURO 2020”  production for his native country.

Replying to one Czech West Ham fan on social media the ambassador said “I am happy for every journey that leads to the presentation of the Czech Republic as a good and desirable partner. Football, and now mainly thanks to Tomáš  Soucek and Vláďimir Coufal, helps us a lot here. West Ham United is a great team”