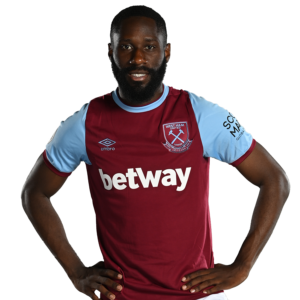 West Ham may well have Arthur Masuaku back from injury for tonight’s game which would certainly add some increased threat down the left side which has looked light over recent games.

Manager David Moyes has stopped short of giving a thumbs up to the left sided midfielder who has been out since December but word is that he will be in the squad for the game at Wolves..

He  had been one of the Hammers’ most consistent performers in the early part of the season, when David Moyes was employing a back-three, and hopefully we will see him back in action at some stage tonight.

Pablo Fornals is also reported to be available again after a minor problem, while  Jesse Lingard will be looking to continue his outstanding form.

Moyes remains without Darren Randolph (hip), Angelo Ogbonna (ankle) and Andriy Yarmolenko (knee) but has also admitted he has several injury concerns and is set to wait on naming his squad until shortly before the game.
Permalink