David Moyes has confirmed that West Ham need to check on the fitness of Vlad Coufal after he was “clattered” against Leeds.

The right-back was on the end of a very heavy challenge from Crysencio Summerville during an ill-tempered 2-2 draw. 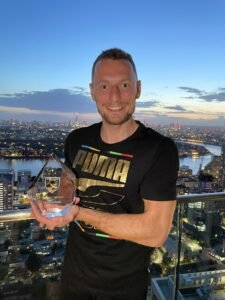 The tackle took place right in front of the dugouts, and led to a fraying of tempers from both benches.

Summerville was only booked for the challenge – Moyes insists he should have been sent off – and while Coufal did try to carry on, he was eventually substituted and Moyes has now confirmed that his injury must be assessed.

That has made him a doubt, subsequently, for the FA Cup clash this weekend against Brentford, as the Irons take a break from Premier League action.

Speaking ahead of the game, as per Football.London, Moyes has also confirmed that Kurt Zouma is closing in on a return but is not quite fit enough to feature this weekend.

He told reporters: “We’re going to have a look at Vladimir Coufal, he really got clattered. It should have been a red card. Kurt Zouma is getter closer but possibly too soon. We still have to recover from playing late Wednesday night.”