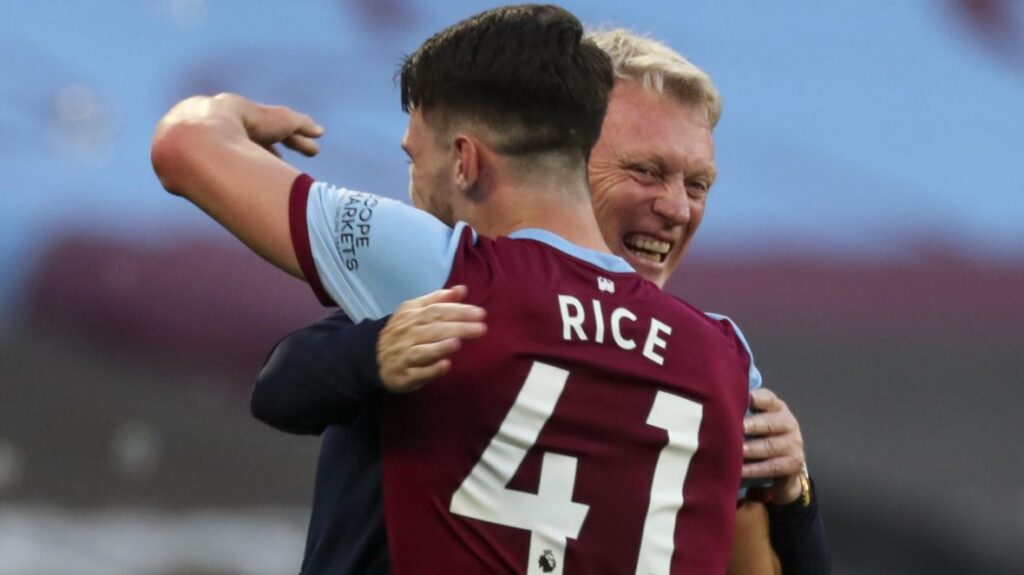 Exasperated David Moyes knows exactly why our top four ambitions have disappeared like a morning mist.

It’s all to do with international football and with the Euros ahead all of us have a cause for fear of injuries and worse after Declan’s experiences this season.

It cannot be a coincidence that our form slipped so suddenly with the absence of Declan and the manager cane close to explaining his feelings after  the match against Brighton.

He didn’t go all the way and scream the house down but the frustration was obvious as he spoke of Dec’s absence over the past five weeks and the implication was very clear indeed.

He said: ‘We have missed him. It was nothing to do with us, he got injured playing for England, not for West Ham.

So we have had to put up with that. That has had an effect. It was good to get him back.’

Declan’s performance on his return backed up up his manager’s complaints as the Irons grabbed a last gasp equaliser on the south coast.

It took only half an hour of Rice’s return against Brighton to appreciate fully what West Ham have been missing.

During the first half an hour he made four vital interceptions and two big blocks on the edge of his area.

After that it was situation normal as he became key to everything good in the Hammers game.

We can moan and criticise as much as we like about recent performance but it was that international duty that was 90 per cent the cause of our undoing.

Is it any wonder many are hardly looking forward to the summer of football ahead.

10 comments on “Moyes knows precisely why CL hopes are dead”