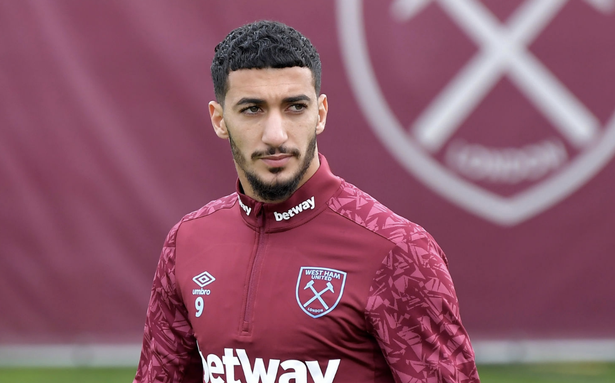 It would be a brave man who argued with the way David Moyes is running things at the moment but there may be some frustration over his attitude towards the inclusion of Said Benrahma.

The Algerian winger looked a serious, serious prospect against Fulham when he appeared as a sub despite that extra time foul which led to the worst hit penalty probably of all time.

His assist for the goal and a dazzling left wing run before taking the wrong option of a near post shot showed enormous promise.

But given Moyes’ words in the London Evening Standard  at https://www.standard.co.uk/sport/football/west-ham-news-said-benrahma-wait-for-first-start-moyes-fornals-bowen-b75070.html he seems unlikely to get a start at Bramall Lane tomorrow ( KO 2pm).

But the manager finds himself in something of a luxurious position right now and despite most of us wanting to see the fella brought into the team, it’s hard to know who he would replace.

Moysie, meanwhile, intends – it seems – to take his time and continue to bring him along slowly.

Commenting on the situation he said: “The boys in the team are playing really well, it’s not easy to say sorry, we’re bringing someone else in.

If you come to the club it’s a great thing, it’s great competition behind the player and gives the players in the team more reason to perform well.

So, I think still bringing him in gently, slowly is the best way, and he’s been away for a couple of weeks with Algeria so we’ve not had him on site all the time.”

← Bowen: ‘The Gaffer wants us to run until we can’t run any more’
Hammers boss sends out risk-reducing suggestion →
Click Here for Comments >