Moyes makes his mind up on Haller and Masuaku 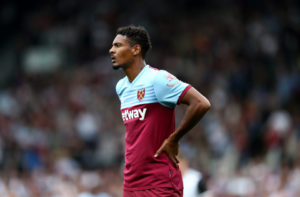 Seb Haller and Arthur Masuaku are both missing from the squad which takes on Chelsea at the London Stadium tomorrow evening (Wed).

David Moyes indicated in his presser that he was unsure whether they would be ready to play a part in the third game of West Ham’s renewed season.

But we have discovered in the last couple of hours  that neither are ready although Oggy has been included and could be back at the centre of defence, presumably with Issa Diop. 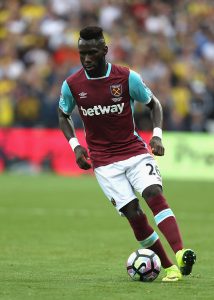 And of Masuaku he said: “We’ve got Arthur Masuaku who we’re also trying to get back. He rolled his ankle just a couple of days before the restart. He’s on the grass as well and he has done a bit with the younger players as well, so that gets him closer. Whether they’ll all be okay for tomorrow night, I’m not quite sure.”

Neither he or Haller willl be on the bench and with Robert Snodgrass looking a longer term absentee it looks likely, if Moyes sticks to form, that a team very similar to the one that was beaten in the first games against Wolves and Spurs.