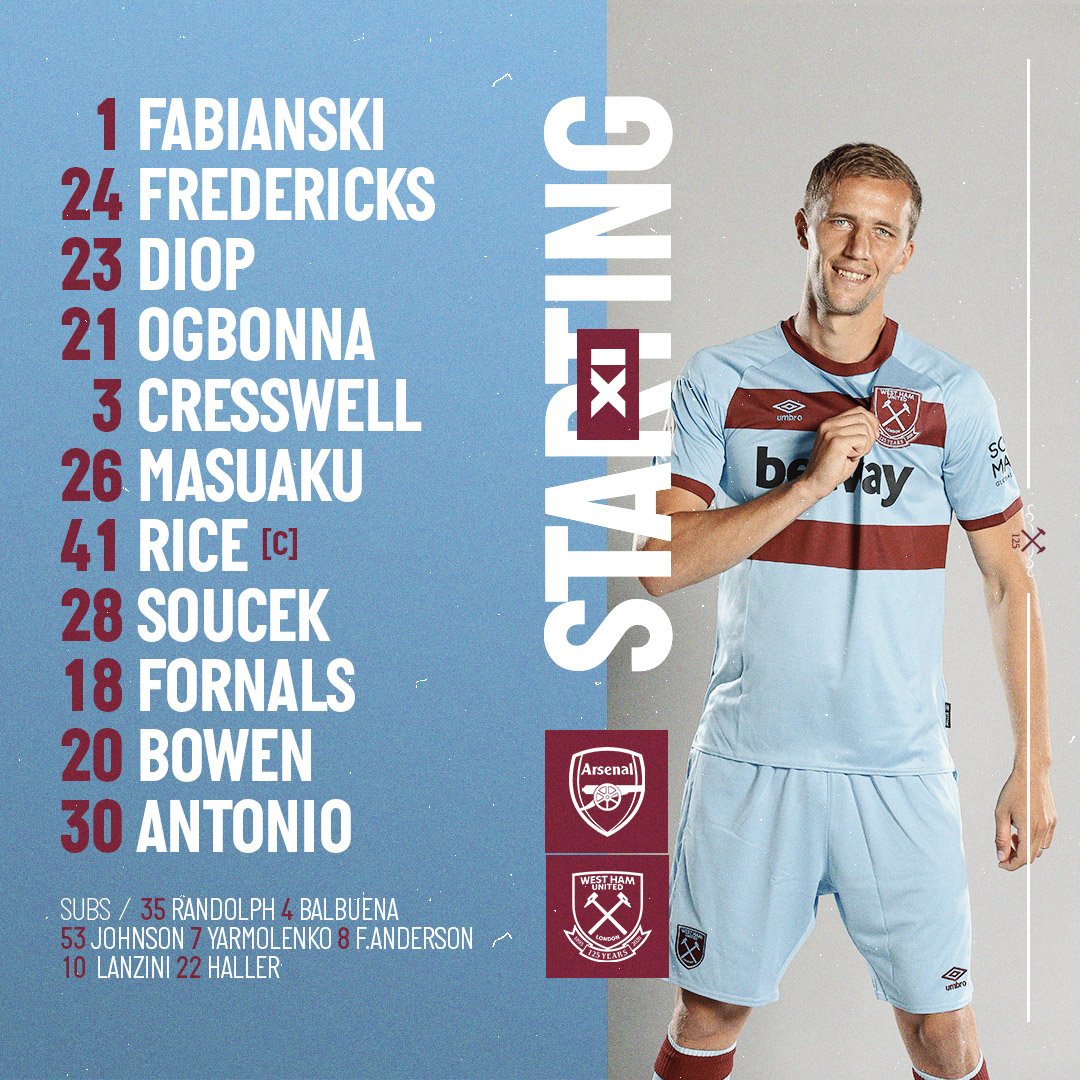 David Moyes has made one forced change replacing Arthur Masuaku for the injured captain Mark Noble who suffered a toe injury earlier this week and did not train.

Declan Rice has been given the captain’s armband in the skipper’s absence.

The manager sticks with the same back four in defence who lost to Newcastle United last night.

Rice and Tomas Soucek will play in front of the back four with Arthur Masuaku on the left-wing, Pablo Fornals in the middle and Jarrod Bowen on the right.

With Michail Antonio upfront it would indicate a 4-2-3-1 formation to face Arsenal at the Emirates.

Record signing Sebastian Haller is once on the bench along with  Darren Randolph, Yarmolenko, Ben Johnson, Felipe Anderson and Manuel Lanzini

10 comments on “Moyes makes one change to face Arsenal”