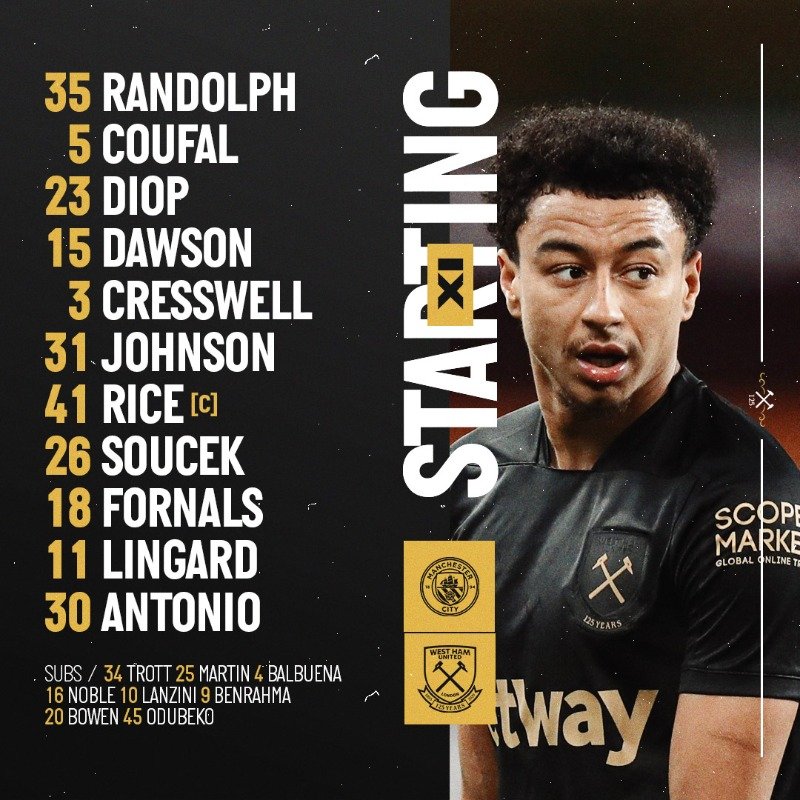 Darren Randolph is in for Lukasz Fabianski, while Ben Johnson returns in place of Jarrod Bowen as David Moyes reverts to a back five.

The club’s official website says “We will find out more about Fabianski’s absence when the manager speaks shortly.”

BT Sports have said he injured his elbow in training yesterday with the suggestion someone stood on his arm.

Ryan Fredericks failed a late fitness test and is missing from the bench, meanwhile, Nathan Trott and David Martin are on the bench for keeper cover.

Kick-off is at 12.30 pm Live on BT Sports on which the Hammers are unbeaten this season.