Moyes new striker may be under his nose

West Ham boss David Moyes may have the answer to his striker problems under his nose.

As the hunt  goes on for a front man following Seb Haller’s departure from the club, an 18 year old – signed from Manchester United last year – made his first appearance on the bench at Stockport

Republic of Ireland under-17 international striker Mipo Odubeko managed 35 goals for the Old Trafford academy last season – an astonishing achievement at any level – before rejecting the offer of a new deal.

Obviously he felt he would have more chances with the Irons than at clubs where they may have been a plethora of front men.

That David Moyes elevated him into the first team squad for the match at Edgeley Park demonstrates the youngster is very much in his mind. 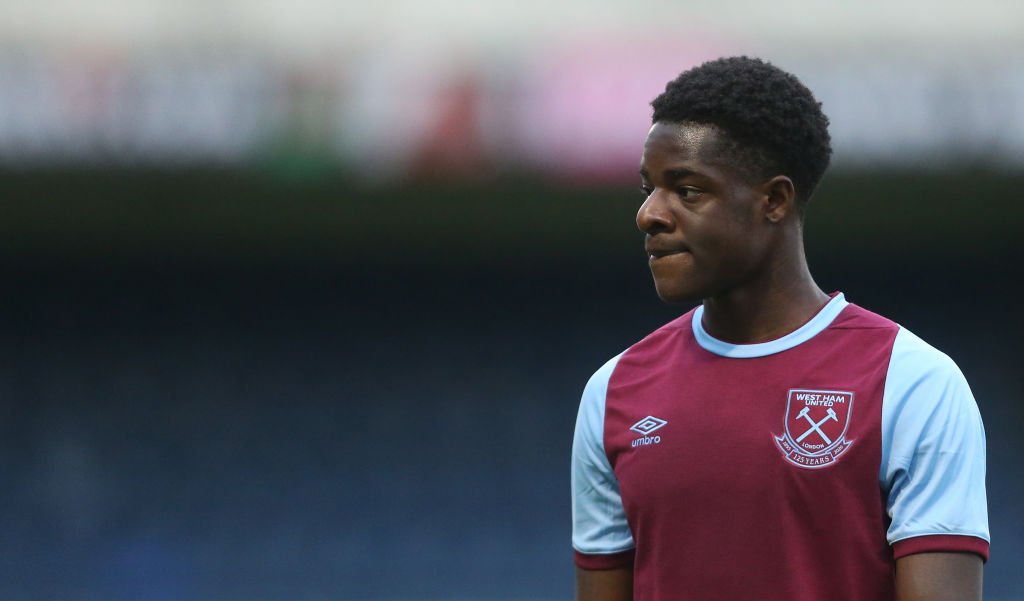 Odubeko was being tipped to make a breakthrough into the United first team over the next couple of years, and the widespread view was indeed that he believed he had a better chance of furthering his career elsewhere..

Among the clubs reported to fancy him were  Feyenoord, Bayern Munich and Genoa but instead he arrived at the Hammers where our lack of central strikers represents a potentially excellent opportunity for him and Moyes.

The Independent reported when he left OT that it was a blow to United’s youth academy, with the teenager viewed as one of the brightest stars in the club’s junior ranks

Newcastle and Burnley were also being linked with a move to Odubeko.

14 comments on “Moyes new striker may be under his nose”