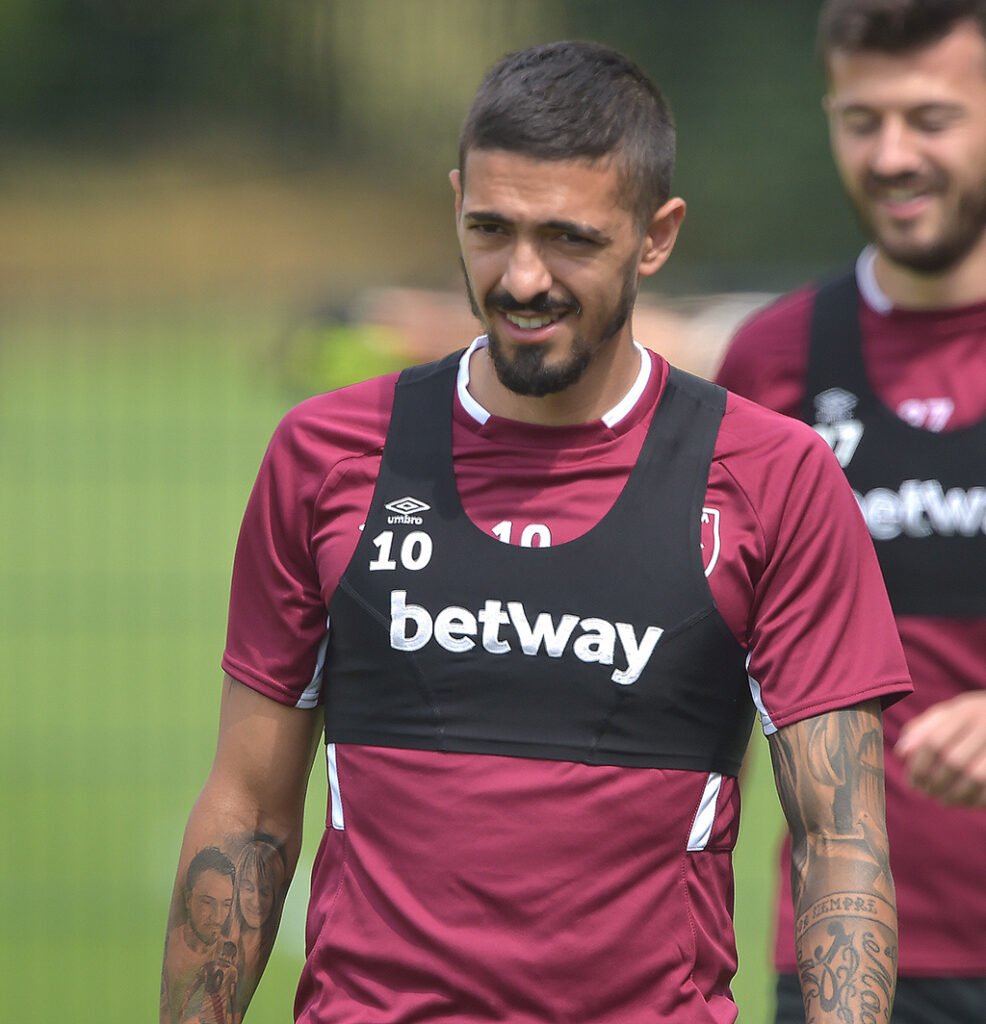 Mark Noble and the management have a decision to make on Manu Lanzini’s future this winter or in the summer.

The Argentine playmaker has now been with the club for seven years and is out of contract in June of next year.

However, the 29-year-old has a two-year option attached to his contract and, as an irregular starter these days, could be moved on if the right offer were to come in.

Nobes of course will become as much in charge as director of football as the manager on who and who moves in or out when he takes up his new role in January.

And it may well be that he and Moyes will decide that an offer of around £10 million would be sufficient to see Manu move on.