Moyes picks strong side for Kidderminster

David Moyes has selected a reasonably strong side for the game at Kidderminster Harriers today but once again has failed to acceded to many requests to give youngsters a chance in the fourth round FA Cup tie in Worcestershire.

Only Aji Alesse and Armstrong Okoflex appear on the bench and sadly the manager has chosen to include the previously unsuccessful Andriy Yarmolenko as one of the front men.

Declan Rice and Tomas Soucek will also warm the bench as the Hammers bid to avoid a David beating Goliath situation at the Aggborough Stadium.

Ryan Fredericks comes in at right back for Vlad Coufal whilst Alex Kral also gets his chance of a start against the non leaguers alongside Mark Noble.

Craig Dawson is also on the bench with Kurt Zouma partnering Issa Diop at the heart of defence. Said Benrahma also makes the starting eleven and presumably we will see Jarrod Bowen leading the attack 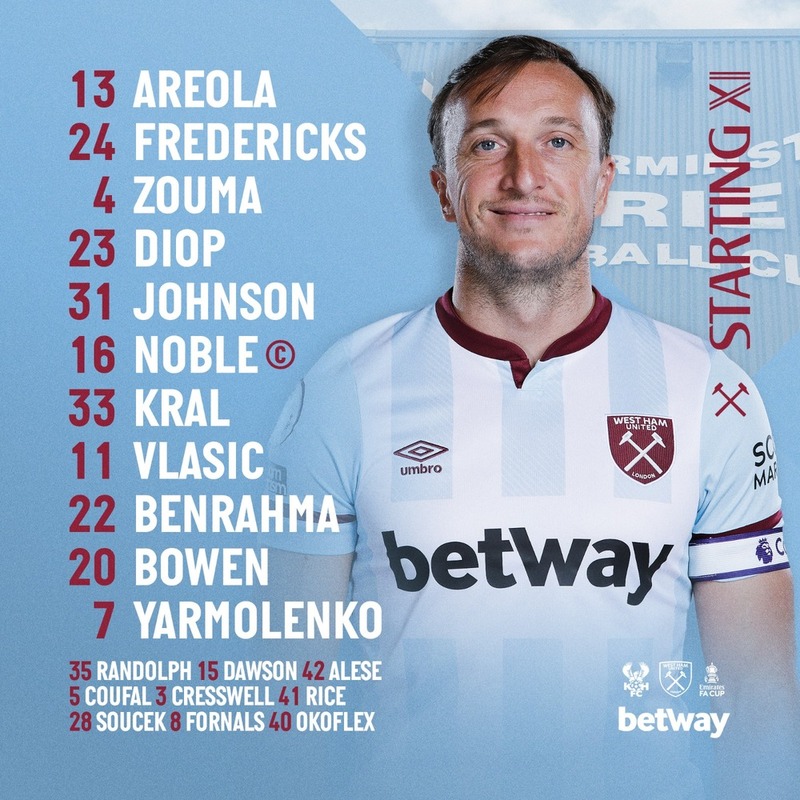