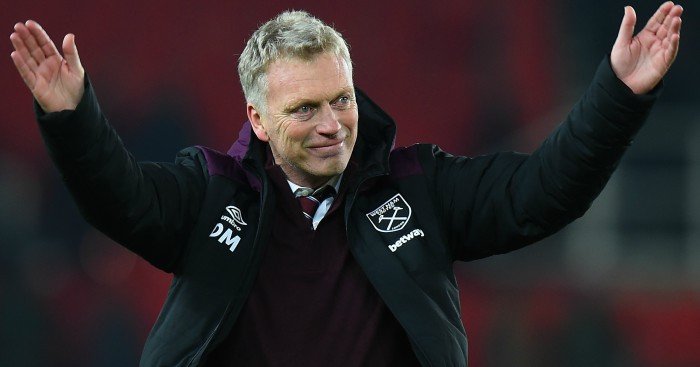 David Moyes is entirely unmoved by the current form slump we are seeing from Jose Mourinho’s Spurs.

Defeats by Liverpool, Brighton, Chelsea and Everton with a 2-0 win over West Brom sandwiched in between isn’t the best.

And although they enjoyed a comfortable win in the Europa League last night if there’s a time to meet them and beat them then it’s surely now.

David Moyes however, continues to pay them the greatest respect and knows full well we are set to have a battle on our hands.

Hopefully a fit Michail Antonio will be leading the hammers to another victory which would see us having been beaten just once in the last 11 games.

Antonio is set to replace Lanzini if he is available as the Hammers keep up their chase for European qualification.

Speaking at the presser Moyes made it clear the size of the task onm hand as far as he was concerned.

They’re a top team and one of the best teams in the country, so we know we’re going to have a really hard game.

We’re going well ourselves at the moment, but the opposition we’re playing is tough and Tottenham are one of the toughest.

It would be really significant if we can beat them because it would keep us pushing on in the position we’re in.

Let’s not kid ourselves on, we’re only new to this and we’re the new kids on the block. We’re trying to challenge, we’re trying to hang in there, and if we can stay on the coattails of the clubs above us who knows where we can go?

What I will say is that the players have done a brilliant job and we’re challenging in every game. We might not win every game, but we’re having a go and trying to make our mark. Thankfully in most of the games we’ve always had a chance.”

2 comments on “Moyes plays it cool on Spurs form slump”