Mexican midfielder Hector Herrera is being strongly linked with a Hammers move as he is due to leave the Atletico Madrid  once the transfer window EVENTUALLY reopens.

The 30-year-old has several offers on the table but is interested in a move to London and with the Hammers looking to shift a number of players off the wage bill this summer they could be on the case with him.

According to the Independent, West Ham have been after him since he rejected a move to the London Stadium in January.

That was apparently because he wanted to wait until the end his season with the Spanish giants, gaining as much first-team experience as possible in La Liga. 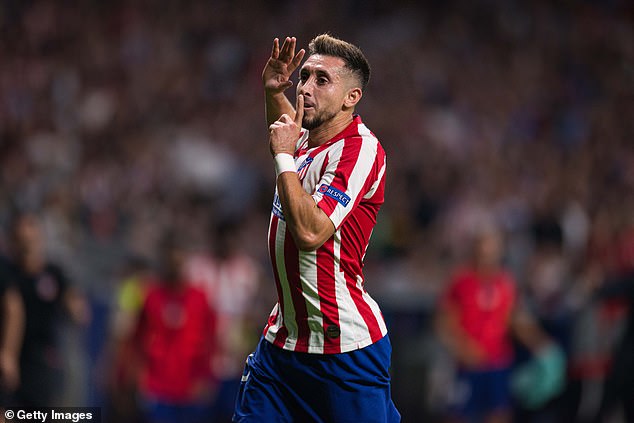 However, with Tomas Soucek signed on loan with a view to a permanent deal should the Irons stay in the Premier League, this looks an uncertain piece of speculation although  it being reported by a usually fairly accurate newspaper.

At 30 years of age he really looks to be at the wrong end of his career although the Hammers boss David Moyes may well take the view that as a free transfer there is little lost in adding him to the squad.

However, it is tricky to see where he may fit into a midfield set up where Declan Rice, Pablo Fornals, Jarrod Bowen and Soucek look to have the first four shouts although probably he would be in competition with the young Spaniard should the Hammers move in.

As a squad player he may well be worth a punt having spent the  last five and a half seasons at Porto, scoring 35 goals in 245 games for the Portuguese club before signing for Madrid in 2019.

The Mexican was brought in to replace Rodri after he moved to City for €70 million (£62.8m).

← Video: Lasagne-gate remembered
Oggy, Seb and Soucek get down to business →
Click Here for Comments >