Moyes reported to have had talks with striker 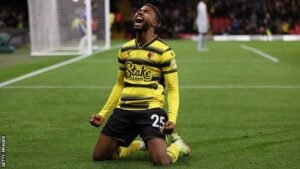 David Moyes is carefully weighing his striker options in this window but is unready to spend fortunes on a front man!

The manager instead is looking for a younger – possibly home grown forward – to take the weight off Mikey Antonio who of course was  not in his best from last December onwards.

However, Moyes still has plenty of faith in the 32 year old and certainly sees him as a regular starter although he remains keen to bring in a second front man.

Watford’s Emmanuel Dennis remains very high on his list and he has been reported as having had talks with the 24 year old. 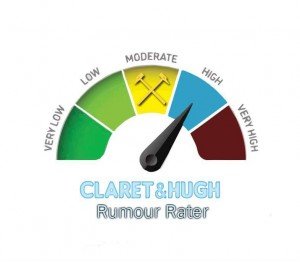 The manager won’t be rush  to sign the Nigerian though  as he is keen to assess as many options as there are out there.

Moyes is carefully balancing his budget given the need for a central defender, left back and midfield cover but is known to be very keen on Dennis.

The player is contracted to Watford until 2026 but could be set to leave following the Hornets’ relegation to the Championship. We believe Watford have a £10 million price tag on him.

As we have reported previously  Armando Broja from Chelsea is another striker who interests the manager.

7 comments on “Moyes reported to have had talks with striker”