Moyes set to move on defensive duo this summer 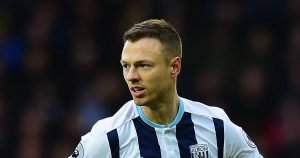 The Hammers boss is also keen on Swansea’s Alfie Mawson having decided that he needs to strengthen in numbers at the back ahead of the new campaign.

Evans, 30, has a relegation clause in his deal which lets him out for a modest fee whilst Dawson – contracted until 2020 – would cost the Hammers around £5 million.

With Declan Rice now established at the back alongside Angelo Ogbonna, the Hammers – with Winston Reid also on the books – will have a powerful defensive set up although it’s fair to question the wisdom of signing TWO relegated Premier League defenders.

There are question marks over Reid’s future given some indifferent form and injury issues and the club would almost certainly entertain offers.

However, Evans has been on the radar of such as Arsenal and Manchester City but the Irons believe they can persuade the thiety year old into the London Stsdium on decent personal terms.

← Modest Dec lays it down to Arsenal
Poll: Who should captain West Ham next season? →
Click Here for Comments >