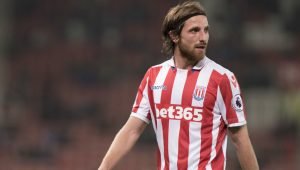 Moyes has made midfield his priority area and the Wales international has emerged as a central target according to The Mirror.

The Hammers chief is also keen on a reunion with Sunderland defender Lamine Kone with Winston Reid looking to be on his way down the pecking order after being dropped at Bournemouth on Boxing Day.

Kone, a 28-year-old centre-back, played a crucial role in keeping the Black Cats in the Premier League two years ago.

Moyes reportedly persuaded him to remain at the Stadium of Light instead of switching to Everton but the defender has recently been out of form and is recovering from a knee injury.

Sunderland are believed ready to do a deal as the West Ham boss starts reshaping the team for the second half of the season.