Moyes settled on Chelsea line up 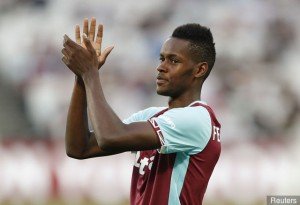 The Irons are set to start the game against Chelsea tomorrow with the eleven who finished in last week’s victory over Southampton.

And that means Edi Fernandes will be played in midfield supporting Arnie in the front role with the ability of course to get back quickly to help out the defence when required – which could be quite regularly!

Joao Mario is set to continue in the Manu Lanzini role although ClaretandHugh was told this afternoon that the Argentine midfielder is certain to be back in the squad  for the crucial match against Stoke City at the London Stadium.

Chicharito is expected to be on the bench for tomorrow’s(Sun) game which could help the Hammers climb a little closer to safety after other results beneath us worked out in our favour today.

2 comments on “Moyes settled on Chelsea line up”