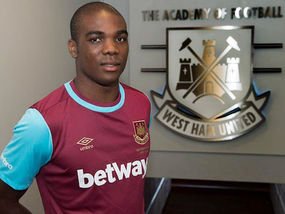 West Ham’s problem in buying a top midfield cover for Declan and Tomas is pretty simple!

Much was made of the Alex Kral rumour – which is all it ever was – but the fact that the Irons admit he would only be a transfer prospect were either of our two defensive midfielders to leave says it all.

He’s too good for the bench!

It’s fine having European football on our agenda this season but a top player such as Kral is not likely to walk out of a three year contract in Moscow to fulfil such a scenario.

Our top pair in midfield are both indispensable members of the squad who have built a terrific understanding with each other.

With the priorities being Jesse, a top striker and central defender the Hammers are spending their money where it matters.

Fabian Balbuena is on his way and whilst Oggy has been brilliant it’s obvious that at 33 a long term replacement is required along with cover for Craig Dawson who himself is the wrong side of 31.

The striker scenario is obvious and right now appears to be a choice of either Tammy Abraham or Prague’s Abdallah Sima.