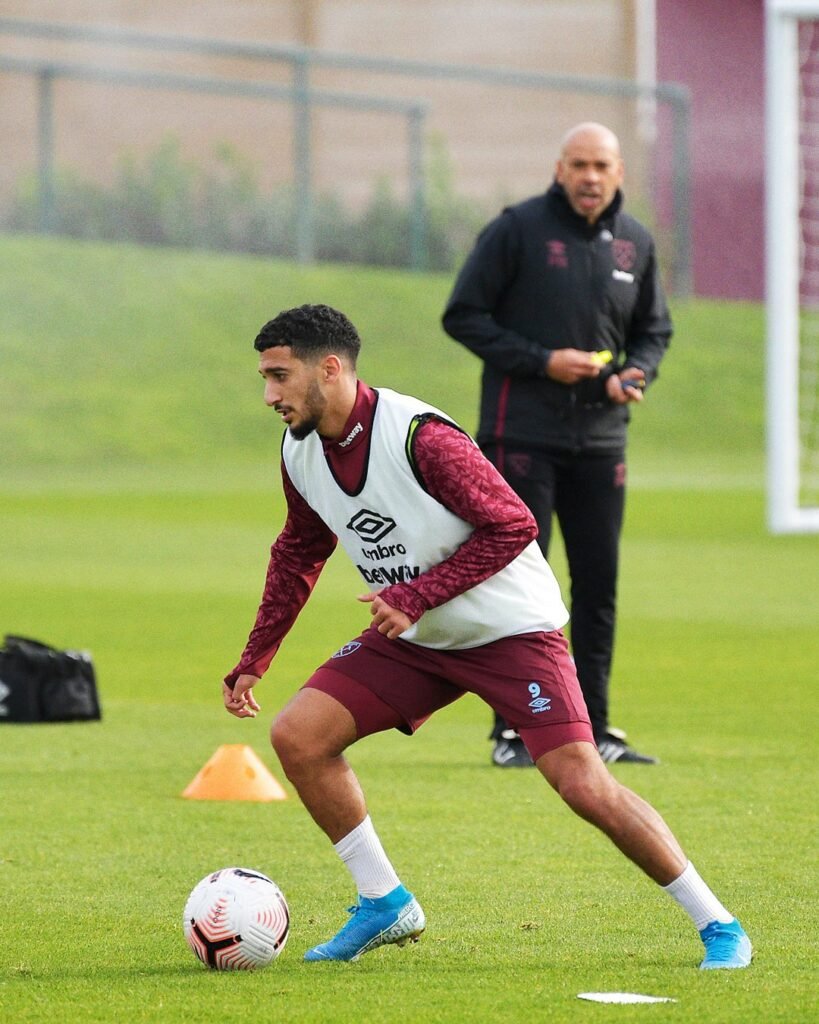 Benrahma waits anxiously for his debut

David Moyes has expressed his huge admiration for Said Benrahma after learning the club’s new loan signing handed a £50k loyalty bonus to the Brentford staff.

The Hammers boss knew nothing of the winger’s decision until speaking to reporters at today’s virtual presser but was clearly overwhelmed by the Algerian’s decision.

The 25 year old is unlikely to be involved against Manchester City at the London Stadium but in the meantime was keen to congratulate his new signing on the gesture to the Bees.

Indeed it was rumoured that it was the bonus may have been a factor in why the move took so long to complete but that now seems unlikely.

Speaking to reporters Moyes said: “It’s a brilliant gesture. It is also shows that he values the people that worked with him at the club. He was good enough to go back and give them something. I didn’t know it until you told me.

“Well done in giving a little bit back to the people that helped him move up in his career.”

He believes Covid has made players reconsider their priorities and added: “Some players during this period have been incredible. You know Marcus Rashford is an easy example.

Also Andy Robertson giving to the food banks. A lot of it has gone unnoticed during this period when football has been getting a bad rap.

You know a lot of talk about a couple of England players not doing the right thing, different situations when people have been caught out at a party when they shouldn’t have been there.

“An awful lot of good has been done and people have been giving back. West Ham in the community have been fantastic.

They’ve been trying to keep the community going and a lot of really good things have gone on here to help people who have been needy at this time.

“So football players in general are trying to use their positions to help. Players are realising that we are in a good position. We are very fortunate and if we can help out we should do.”