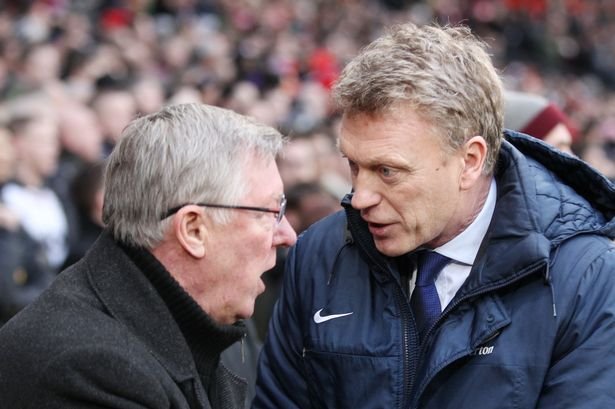 Moyes had the toughest of jobs following Sir Alex but did he help himself?

West Ham fans may have to get used to a sense of frustration in the transfer market under David Moyes, certainly according to people who knew him at Manchester United.

The Irons have held an interest in a number of players this month and the inside track is we have had an offer of £50m turned down for an unnamed target.
Everyone knows what we need to bring in if we are to sustain a fight for the top four places until the end of the season.
Bringing in a centre-back and a proven striker to support Mikey Antonio could make all the difference between Champions League or Europa League.
However, it might not be a lack of cash that stops some deals getting over the line in the future, more the cautious nature Moysie is said to have evidenced during his 12 months at Old Trafford before he was shown the door.
Old Trafford sources up in Manchester have painted a picture of Moyes as someone who is so meticulous in his homework, that there were times at United when they felt an opportunity to pull the trigger had  passed.
Following in the footsteps of Sir Alex Ferguson was always going to be a thankless task, so some context is needed when people discuss Moyses’ unsuccessful time there.
He had performed miracles at Everton on a limited budget, always getting value for money and bringing players such as midfielder Tim Cahill to prominence.
But United’s huge spending power presented Moyes with a luxury he never had  at Preston or Goodison Park.
United sources have told the Claret&H desk how the club targeted the likes of Gareth Bale, Toni Kroos and Cesc Fabregas – all with a globally established pedigree.
Yet Moyes had always been conscious he’d previously been at clubs where cash wasn’t in such plentiful supply, and knew he had to justify every penny spent.
The Scot puts the hard yards in, scouring the continent and the domestic leagues for untapped talent, taking great pride in his methodical approach to transfer targets.
United stumbled around that entire summer trying to bring in a top name and there was much wringing of hands when Marouane Fellaini rocked up instead of Kroos.
Moyes is understood to have let United do the heavy lifting in most of the negotiations, yet people at Carrington also recall the manager sometimes “second guessing” himself when it came to actually giving the green light on players to go after.
Moyes spent £28m on Fellaini, someone he had already worked with, it was safe and familiar, the hard yards previously done to ascertain those abilities.
Added to a £37.1m outlay to bring in Chelsea midfielder Juan Mata, in the January, Moyes spent just £65m during his short tenure.
In comparison, successor Louis van Gaal spent £165m in his first season and another £100m a year later.
A United insider said: “There are still people here who would have David Moyes back at Old Trafford right now, but a few still recall a perceived indecisiveness when it came to him making instant decisions.
“He is very thorough and it felt like he was treating the club’s cash as his own – no bad thing – but there was a sense he was worried about making a big transfer mistake and United are a different animal to most other places in that respect.
“He wasn’t helped by David Gill also stepping down as the chief executive that same summer, between Moyes and Ed Woodward, these were two men with different outlooks.
“Woodward, as he later showed, was all about signing the big names, trying to make statements – Moyes was much more cautious on transfers, sometimes the ship will have sailed or things had cooled off.”
The Hammers might not have the spending power of United and, it’s to Moyes’ credit that he is described as someone who takes his responsibilities very seriously, but Irons fans will be twitchy if we miss out on targets due to any hesitancy.
Let’s hope and pray history repeating itself at West Ham because frustration levels could well over boil!
Permalink