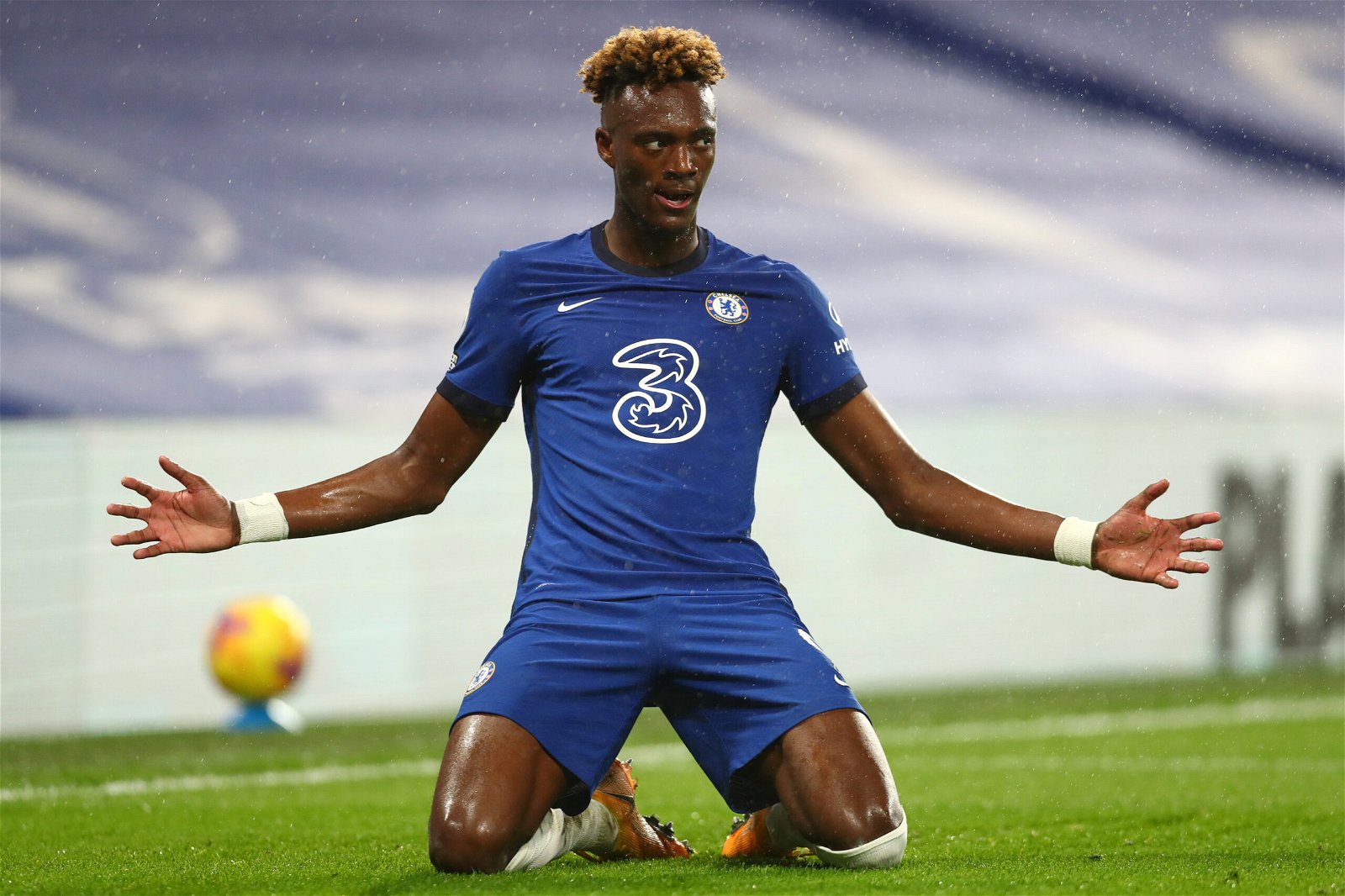 The Chelsea striker was left out of the Blues’ matchday squad for their dismal 5-2 defeat against West Bromwich Albion on Saturday.

Abraham has started just three Premier League games since Thomas Tuchel took over as manager, and it appears that the German doesn’t rate him.

The 23-year-old is contracted to the club until 2023, but Connolly says he believes that a move across London would be in his best interests.

“Whether Tuchel wants a response – some managers might just want a response. Maybe he needs to do a bit more in training as well.

“You just hope he’s not spitting his dummy out because he’s not involved and that he’s showing the right attitude. This might be him sitting on the naughty step for a little bit.”

Abrahams is a graduate of the Chelsea Academy joining the club at the under-eights level, he made his senior debut for the club in 2016 before spending a season on loan with Championship club Bristol City. There, he enjoyed a successful campaign which culminated in him winning the club’s Player of the Season, Young Player of the Season and top goalscorer awards, becoming the first player ever to do so in a single season. A further loan spell at Swansea City followed for Abraham but the season ended with the club suffering relegation from the Premier League. He then joined Aston Villa in 2018 and became the first player since 1977 to score 25 goals in a single campaign for the club.

One comment on “Moyes urged to move for Chelsea striker”