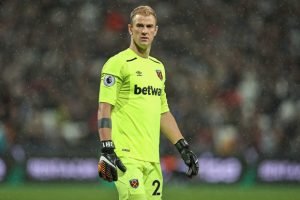 David Moyes has not entirely ruled out offering Joe Hart a new deal if he can show the same form he demonstrated against Chelsea on Sunday.

One swallow does certainly not make a summer in the manager’s world but Hart’s fine performance at the Bridge appeared to show there was a lot more in his locker than he has managed to produce so far this season. 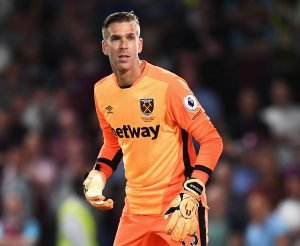 Hammers future, Hart may get a last gasp opportunity to make his loan stay permanent.

However, despite being on a free the club would be unwilling to hike his £110,000 a week wages and indeed would want him to take a pat cut bringing him in line with the rest of the first team.

ClaretandHugh has become aware that Moyes is looking at a number of keepers as the club’s position becomes more secure with the bookies latest quote being 25/1 against us being relegated.

The goalkeeping dilemma is one the manager wants to solve quickly but we understand that Under 23s youngster Nathan Trott isn’t considered ready at this point and could be heading out on loan next term.