Moyes won’t move for striker he snubbed two years ago 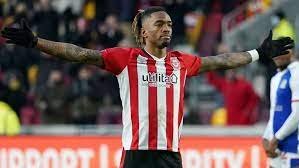 West Ham boss David Moyes won’t be moving for Brentford striker Ivan Toney as is being reported across various websites.

Toney has scored 12 goals for the Bees this season and the Hammers have been regularly linked with a player now being valued at an alleged £50 million after one Premier League season for a player who cost the Bees £5 million.

David Moyes considered it too high a risk given his Division One status at the time and eventually he joined Brentford at around the same price in Ayguest of the same year.

Now after a decent first season in the Premier League reports claim that the Hammers, Newcastle and Arsenal are ready to move in.

But a Hammers source told us exclusively: “It won’t happen as the manager has other targets at what he considers better value.”