Murdered Hammer to be honoured with peace march 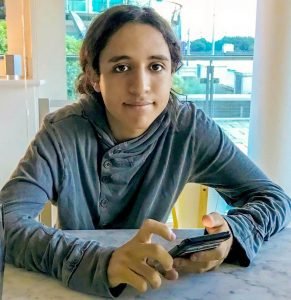 Murdered West Ham Season Ticket Holder Sami Sidhom will be remembered tomorrow on the 18th-minute mark of the match with supporters inside the London Stadium joining in with one-minute applause. The club will put up a photo of young 18-year-old Sami on the big screens after consultation with his family but the applause will be fan-led initiative requested by his friends.

The Newham student was murdered on his way home from the West Ham v Stoke City game although the murder is not thought to be football related at this time. His father says Sami was not wearing his West Ham football scarf or shirt and was miles from the ground, so he doesn’t think the attack was football-related.

While the West Ham game is being played there will also be a peace walk from the Fox and Hound pub in Forest Gate to Woolwich, organised by Sami’s neighbour, Annu Mayor. Those wishing to attend should meet at the pub at 2:15 pm on Sunday.

Sami had been a season ticket holder in Sir Trevor Brooking upper stand block 217 since the London Stadium opened in the summer of 2016.
Permalink