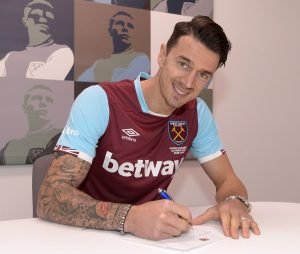 Following the sale of Jose Fonte to China West Ham’s net spend this season has turned into a profit of £1m.

While the Hammers have forked out £53m in transfers for four players they have received £54m for eight unwanted players in return.