Neville’s “festival of football” would bring “joy to nation” 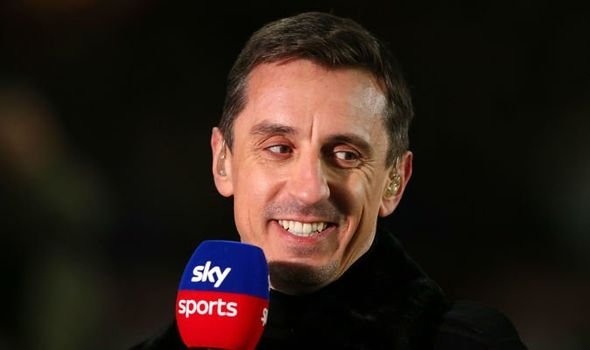 Gary Neville reckons the nation’s footballers would make the finale of the Premier and Football League seasons a “festival of football.”

And he believes that were the leagues to have to play nine games in nine days they would do it and offer a healing for the nation in the process.

Neville can be an easy man to dislike at times but over recent hours he has shown himself to be a guy of some quality.

He has handed over his hotels to the National Health Service for workers to rest and recuperate as the coronavirus crisis stretches our precious health service to the limits.

Now the Sky pundit is bringing a message of hope and optimism as the nation dreams and hopes of a return to normality.  We say good on the guy. He is currently letting his actions speak and his words bring hope so full credit to him for that.

Quoted at https://www.skysports.com/football/news/29326/11960558/gary-neville-what-about-a-festival-of-football-to-finish-season he said:  The last thing I’m worried about is sorting out the fixtures,” he said.

“If football players need to play every day for nine days to finish the Premier League as a worst-case scenario, they would do it because they’d get their heads around it and make it a festival of football.

“It would be something spectacular. Football can bring some hope and joy to the country when we finally come out of this crisis.

I’m not saying they are the examples that should be followed, but there could be something quite spectacular about football fans coming together after this crisis is over.

“It would bring some joy back to the nation as football does impact so many people.”

He added: “The least of my worries are the calendar as once the crisis is over I think footballers, the authorities, the associations will want to play as many matches as psychically possible in a week, a month or a three month period to get everything back on track.

“If you think about the Christmas period, clubs play four games in eight days. When we were going to win the Premier League with Manchester United we had a backlog of fixtures due to FA Cup and we played four games in a week. It is possible over a six or an eight week period that there might be four games a week.

“I’m not concerned about squeezing more games in. Players, clubs, managers and physios will understand that you can’t complain about fixture congestion next season due to the circumstances. It’s a global crisis and football has to react and compromise.”