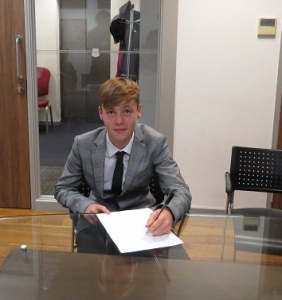 The 19-year-old winger is set to remain until 2021 and with Nathan Holland, will be looking for a first team breakthrough next season.

Kemp is currently recovering from a cruciate injury but is expected to be fit for the start of the campaign.

He joined the club from Chelsea two years ago and he has been brilliant in youth and under 23 team action but was injured at the end of last November.

Meanwhile Holland will be looking to force his way into the first team squad having been regularly touted as the ‘the next big thing’ to come from the academy.

He too was injured last season but recovered to make a flourish in the final games of the Under 23 campaighn which saw the team make a top six finish.