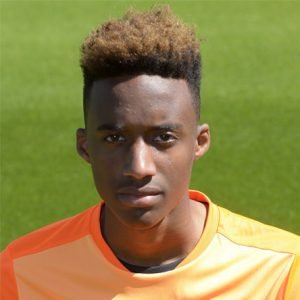 West Ham are hoping that Under 23 keeper Nathan Trott may be able to fill the No 2 role to Adrian at the club next season.

The departure of Joe Hart – currently on around £120k a week at the Irons – will free up a minimum of around £90k in wages but should Trott inherit the No 2 jersey it could be even more.

Adrian is booked for a new contract at the club and 19 year old Trott has been in great form this season for the Under 23s and is widely recognised in the game  as a goalkeeping star of the future.

The Bermuda born keeper switched international allegiance to England in early 2017 and was part of the Young Lions squad that won the UEFA European U19 Championship in June of the same year.

His contract runs out this season but after getting top reviews the club are ready to offer him a new deal and the chance of first team football.